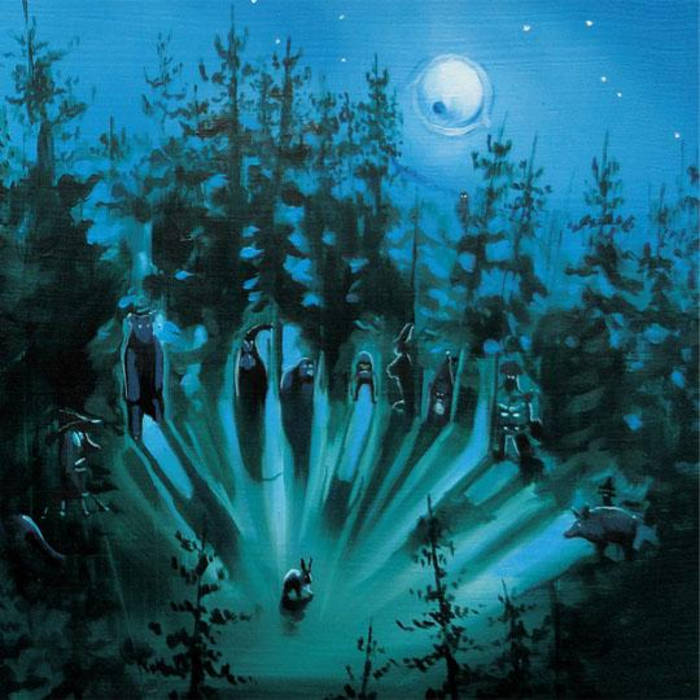 Peter Jones Complex. Dark -- but... with an incredible lightness of being... I don't know much Rush but this reminds me of the little I know.

Alex Spaghetti I've never heard an album with such a richly nocturnal atmosphere as 'Rabbit.' Ranging from ethereal space-folk to heavy psychedelia, this album bodily drags the listener through a starlit forest haunted by whispering ghosts of fear and melancholy. An intoxicating blend of otherworldly melodies, enigmatic lyrics, and raw emotional power. Favorite track: The Night I Killed Steve Shelley.

"...The Tea Club are from Philadelphia, New Jersey, they’re not afraid to nail their colours firmly to their mast and fly directly in to the face of fashion... A lot of consideration gone in to those lyrics, some genuinely intelligent, emotional, passionate, and creative moments here... Rabbit is excellent in terms of progressive melodicness and the clean-cut side of neo-prog conventions, Rabbit is also an album that isn’t afraid to adventure a little now and again, take a little risk or two, real progression if you know what I mean... Pastoral post-rock blending into proper progressiveness..."

"...Intensely punkish and atmospheric lyricism stitched with dramatic shifts and structured intentionality is the cloth of progressive rock from which this band is made. Rather than recycling the old prog themes, The Tea Club forges new paths and creates a sound that is immediate and urgent..."

"...The Tea Club and producer Tim "Rumblefish" Gilles invested a great deal of heart in this album and their efforts have paid off. It's a piece of work that takes the promise of General Winter and brings it to another level. It feels mysterious, with some slightly dark undercurrent, more ambitious, more complex, a much longer walk down the moonlit trail... Rabbit is true adventures in other worlds, sonic and otherwise. These are tracks which are earnest and intimate. After many spins the full impact comes through: hidden melodies, endless energies, and great intuitions on where they should go with the pieces..."


"...I can’t remember a time where I experienced such listening pleasure going from the first CD to the second. This is such a major leap in every aspect it’s hard to not be impressed at what a band can do when they set their mind to it. The fact The Tea Club still aren’t signed to major label is criminal. Rabbit is such a superb disc... It gets my highest recommendation..."


"...Just like its predecessor, this album fits the time it was made in, and never compromises a thing. Plenty of the elements held within the beautiful packaging are still unconventional and bold in their presentation, but something I feel must be pointed out is that in many ways, Rabbit surpasses what came before. To me, that is more impressive than anything else about this striking release... What else would The Tea Club have up their sleeves? Well, the answer to that is simple: magic... although I didn't quite expect to be this
floored by the whole thing..."


"...I believe the band has given several steps forward recording a more mature and daring album, yes it's shocking and extremely dissonant through long passages, but hey...Breaking boundaries and causing a strong reaction in the listener is what Progressive Rock is about, and these guys have achieved this without losing the sense of melody... After checking all the songs carefully, I must say that I liked "Rabbit" even more than "General Winter's Secret Museum", the sound is more mature and defined, but most important, they are able to shock the audience, something any good Prog band should expect but few achieve..."

With Tom Brislin on Keyboards