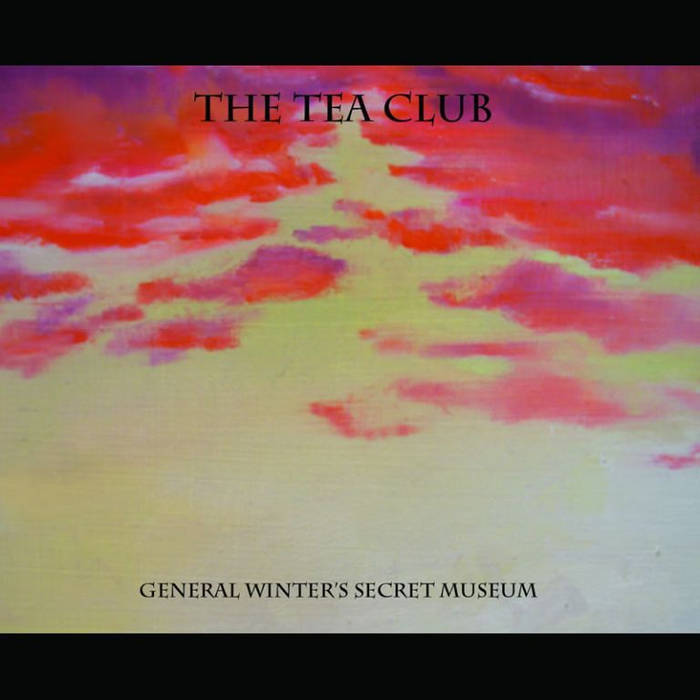 Peter Jones An absorbing expierience in sound. Second to Werewolves is Castle Builder - just so atmospheric. The Clincher is great fun. But every track is a wonder. Enjoy. Favorite track: Werewolves.

"...Intensely punkish and atmospheric lyricism stitched with dramatic shifts and structured intentionality is the cloth of progressive rock from which this band is made. Rather than recycling the old prog themes, The Tea Club forges new paths and creates a sound that is immediate and urgent..."


"...The Tea Club manage to achieve something almost as rare as unicorn sightings - marrying an enjoyable, agreeable sound with uniqueness, artistry and creativity... Although there is a lot to like about The Tea Club I thought the vocals were the most promising feature and the one that will most set this band apart from its progressive genre peers. McGowan has great range, imagination, passionate delivery and an appealing tonal quality that even Simon Cowell would have to acknowledge..."


"...Really good melodic considered refined dynamic prog flavoured accomplished intelligent alternative rock from a young four piece from New Jersey. A colourful band, a considered band and a band with a flavour of their own – refined melodic prog adventure and now and again a breath-taking dynamic. An album that’s rather recommended and an impressive band who could well be making a few serious waves in the near future..."


"...Listening to The Tea Club just confirms to me there is a lot talent out there. These guys are tight, sing really well and write some very interesting material. As a first recording General Winter’s Secret Museum is a major accomplishment, one they can be really proud of. They really deserve to be signed and heard by a wider audience..."

"...The Tea Club is one of the few bands in existence today who can truly say that they are completely original. Truly, I have not heard another band quite like them, and in this day in age, that is indeed saying something. This is a prime example of what actual passion and love for originality in music can bring. As far as I am concerned, this is true Prog in it's purest, most valid form..."


"...The Tea Club puts out a surprisingly lush and varied sound... with stylistic electric and acoustic guitar embellishments rare to this genre. In place of endless riffage, gorgeous chording and tasty chiming single-note picking keep General Winter's Secret Museum fresh and original... Each piece is performed with a fiery passion that has the whole affair giving most art-rock bands a run for their money, as beauty and bombast are balanced to maximum effect... Expansive and imaginative, The Tea Club's debut is a solid effort..."


"...The two brothers share the vocal position and it's these vocals that give this album its broad appeal, kinda like a head on collision of early REM, Radiohead and The Beach Boys on speed... It shouldn't matter where your taste lies, you should get enjoyment from this album, it's highly addictive... it's hard to categorise them without putting your head on the chopping block, let's just say whatever direction The Tea Club are heading they are damn good..."


"...'General Winter's Secret Museum'... is full of chugging rhythms, angular attacks that seemingly come out of nowhere, beautiful acoustic moments, and lovely layered vocals which only add to this band's charm... The imagery created by many of these songs suggests the words are as important as the music which is so refreshing in these days of mindless drivel we are so often bombarded with... This band deserves your attention..."


"...There's hope for the future of prog with this young band."


"...THE TEA CLUB have restored my faith in Real Musicians creating Real Music. Deep, complex rhythms coupled with mature songwriting and and a clear dedication to sharing their inside feelings with the audience without falling into the 'Musician-as-savior' stereotype, four individuals who invite the listener to join them in their vision.."


"General Winter's Secret Museum" is a very well done album and I can consider The Tea Club a true "Progressive Rock band" with an amazing musical talent, full of originality and great potential... Brilliant and indispensable work, highly recommendable..."


"...Combining the unorthodox songwriting of progressive rock with an intrinsic feeling for modern alternative music, The Tea Club proudly do their own thing... it is obvious that this young band is unrelentingly following their own path... General Winter’s Secret Museum, an astonishing record that is accessible and thought provoking at the same time... not only sounds as professional as any label backed record, but even sounds more original and refreshing than those of the majority of big selling artists of today! If all self-released music sounded this good, there would be no need for record companies anymore!"

Additional instruments on "The Moon"
written and performed by Tim Gilles